This limoncello strikes me as artisanal right off the bat. The aroma smells very fresh, like when you first cut into the lemon peel and the oils are released into the air. It has a dense yellow color as well, so much that it’s essentially opaque. The flavor delivers on the promise of the aroma, fresh lemon abounds.

The leading character of the flavor is sweetness. It has nearly the same alcohol content as Sogno di Sorrento and Danny DeVito but it doesn’t have the alcohol heat of either, especially Sogno. Most of the heat is on the finish. I detect no off flavors like many of the other commercial brands.

This is a well-constructed and well-balanced limoncello. It’s sweet and smooth, making it a good choice for crowd pleasing as it will fit many palates. The mouthfeel is on the heavy side, which I like. The bottle has a tag around the neck that says “look for ‘il collarino’” and states that this is the sign of a handcrafted, all-natural limoncello. The same basic note was on the Sogno product and it says to shake and enjoy. I looked hard but couldn’t see any collar of lemon oil on this bottle, perhaps it needs to rest longer to see it. It’s a very nice sipping limoncello and one of my favorite commercial limoncellos, the other being Danny DeVito’s. 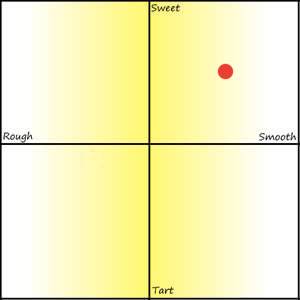