I ran out of grain alcohol but wanted to run a test between organic and non-organic lemons. I have always heard that non-organic lemons are better for making Limoncello and that makes sense but they are expensive and very hard to find so I wanted to test it.

I tried to treat the two batches as equally as possible. The organic lemons were roughly half the size of the non-organic lemons so I used about twice as many to produce the same quantity of zest. I used half a cup less sugar than normal in both batches because Vodka is much smoother than grain alcohol and I thought that would produce a more balanced Limoncello. Indeed, I didn’t miss the extra sugar at all.

Due to the use of vodka rather than grain alcohol, the flavor of the batch is very smooth. It has fewer chemical flavors than most other batches I’ve made. There is a strong lemon flavor and an off flavor that strikes me as rotten lemon, but isn’t really bad and doesn’t reduce my enjoyment of the liquor. The lemons were just barely starting to get soft when I used them so I’m sure that’s where the off flavor originated. If you use organic lemons, make sure to zest them the same day you get them home because they go bad ridiculously fast. 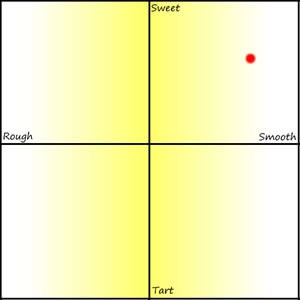 You’ll notice that the flavor graph shows this one as rougher than batch #7 even though they were exactly the same except for the test variable. It is smoother than normal because it contains vodka but not as smooth as the organic lemons. This taught me something interesting, that the contaminants in non-organic lemons apparently introduce roughness to the flavor. This actually makes sense since contaminants in the liquor make the flavor rough as well.

There are also off flavors that seem chemical in nature. The off flavors in batch #7 were more natural and it had a more lemony flavor overall. I think there are enough benefits to work almost exclusively with organic lemons moving forward. 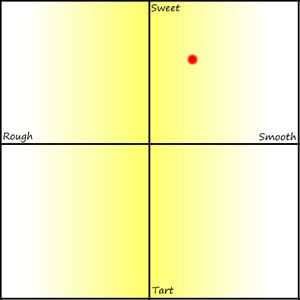 Firstly, I’d like to thank you for your site and all the great information here! Secondly, I bring a point of criticism from an engineering background (in manufacturing and production) that you are using volumetric and quantitative measurements where mass-based measurements will yield a significantly higher accuracy. As with any scientific document, your conventions reflect heavily on how easily and reliably your results can be duplicated, regardless of outside influence. Liters and grams leave no room for interpretation; however, a cup varies widely and in varying contexts based on what is being measured.

1 liter = 4.227 cups in the US, 4 cups metric, or 4.4 cups in Canada and the UK. Would it not be more accurate to list your ingredients using grams for sugar (since these units do not vary) and mL for water? Also, what is the final quantity of zest used, in grams, since the size of the lemon and thickness of its peel can vary greatly?

I know this sounds like an attack on your methodology, but it sounds as if you already have the proper testing and documentation in place and only need minimalistic refinement.

Hi Stephen, you make great points here. I’ve seen some limoncello recipes in liters and grams when I was starting out and didn’t use them because it was easier to use a recipe in cups but as you point out, it’s less accurate. I’ve been sticking to cups because it’s easier for readers (and because I’d have to buy a metric kitchen scale to do it any other way) but I probably should note the mass-based measurement also for those folks who want to replicate the recipe exactly. I’ll work on that.

It’s great to have an engineer’s take on this, thanks!

What is your basic recipe?
I have all of your lessons and recommendations, but somehow. Missed your basic recipe.
Please send ASAP as I am ready to add the simple syrup and need to be sure that my proportions are correct.
How much Vodka/ever Clear?
How many lemons?
I think I saw 5 cups of water and 3.5 cups of sugar……right?
So, how much infused vodka to that much syrup?
Thank you very much ….I’m getting excited to see how this will taste.
Ann

Can you use a plastic, lidded container to “brew” the lemoncello rather than glass?

In reading around the site, I started to form the exact same question Stephen had about mass-based measurements… The lemons we grow vary in size from some as big as a baseball to smaller ones like the size of an egg, so I’m not sure how much zest to expect from X number of lemons.

Were you ever able to determine how many grams, or ounces, of zest to use as a baseline for the standard recipe?

Sure, but I don’t like to use plastic personally.

Need to know for storage purposes once the product is done does it need to be put in freezer or will basement work?

Second I’m using 190 proof grain should I stay with the standard recipe or change it in any way?

‘Cut a hole in the box’. I’m dying! Am on my third batch of limoncello this year. The lemons from my tree were perfection. A friend just gave me a bunch from her tree. They are bumpy and spotty and filthy! I’ve soaked and washed them but wonder if I should use them. Mimi

I would, and maybe you could try that method where you suspend the lemons above the liquor for infusion. I keep meaning to try that and bumpy lemons are a good excuse!

Yes, you can store it just about anywhere. I’d use the calculator for coming up with the 190 recipe.

Ben, can you cut this recipe in half and still be effective?
Also, using 100 proof vodka. Any concerns here?
Thanks

Another quick question.
I saw the vodka batch so looks good. Was thinking of using one bottle 750 ml for reduced qty recipe. Any suggestions would be appreciated.
Also I also saw that can boil Non organic lemons briefly to get the wax off. Have you ever tried this?

Is it possible the lemoncello can turn rancid after a while if left on the shelf and never opened?

What kind of impact does the ratio of sugar to water in the simple syrup have on the final product? Why did you settle on 3.5:5 sugar to water and have you experimented with less sugar and more sugar?

Also it doesn’t seem like your freezing point calculator is working correctly.

I made a batch that is cloudy (using the same recipe and technique I have used to make multiple batches that remained clear). Any idea what causes the cloudiness or opaqueness to the limoncello? It was clear before I added the simple syrup and clouded up only after that step (it has been 2 weeks since I added the simple syrup). Suppose it is safe to drink or toss it? Thanks!

Absolutely you can cut it in half. No problem with 100 proof vodka if that’s the strongest you can access.

You can definitely cut the quantity in half and use one bottle. That’s probably a good idea for a lot of folks. I’ve never boiled the lemons, that’s a new one on me but makes sense.

Not rancid, but over a very long period of time it can become insipid and very pale in color.

Yes, I’m working on the freezing point calculator. I’ve definitely experimented with more and less sugar and that factor is ignored by the alcohol % calculator. This recipe is tuned to my particular tastes so that’s something for each limoncello crafter to explore.

It’s definitely safe to drink, there’s nothing wrong with cloudy limoncello. In the Fabrizia post there’s a trick for this, which is to allow the simple syrup to cool completely.

Henry asked:
Were you ever able to determine how many grams, or ounces, of zest to use as a baseline for the standard recipe?

50 grams equals 1.76 ounces, certainly not enough lemon. I first used 30 small organic Lemons, which produced 1/2 cup. I feared this was not enough, because I see other websites where they use potato peelers and have large amounts soaking. I then got 7 large organic lemons which produced 1/3 cup. So I have maybe 3/4 cup. Is this enough?

Let me add that I used a Microplane Zester, so my 3/4 cup of Zest is very fine. It is soaking in two bottles of 750ml, 151 proof Everclear. I would think you can’t have too much Zest, but too little could be a problem. Is 3/4 cup enough zest for 1500ml?